Affected by the epidemic, the market share of TWS bluetooth headsets has been increasing in the past two years, but this type of headset is not suitable for most vigorous sports scenes. For example, running and cycling are easy to shake off. Even if they use daily walking, many people will accidentally lose one of the earplugs. People who like sports are best not to choose TWS bluetooth headsets, although they get rid of the shackles of wires but are easy to lose, they should choose a neck-mounted bluetooth headset.

As an earlier audio brand in China, HIFIMAN has always been committed to the research and development and production of high-end audio products. I prefer its headphones, mainly because of its impressive sound quality. Recently, the neck-mounted wireless headset-BW400 was launched, and it was the first time to start. Let’s talk about this headset.

In addition to the headset, the HIFIMAN BW400 neck-mounted bluetooth headset box also contains 3 pairs of eartips, Micro USB charging cable and manual. The 3 pairs of eartips are of different sizes, and users can choose to match them according to the size of their auricles.

The appearance design of HIFIMAN BW400 is similar to most neck-mounted wireless earphones. It is available in black and green colors. In addition, the weight of the whole earphone is only 23g, which is the lightest earphone I have ever used. For neckband headphones, I usually have to check the softness of the neckband. The BW400 neckband can be restored to its original shape no matter how it bends, and it can be directly compressed into the pocket when going out.

A separate control area is designed on the wire extending under the right collar during normal wear. The 3 physical buttons rebound simply and the pressing force is moderate. The surface of each button has a raised logo, and you can find the corresponding operation function key by touching it with your thumb in daily use. At the same time, there is a Micro USB charging port on the side and a noise-reducing microphone port on the back.

HIFIMAN BW400 is an in-ear earphone. The whole earphone cavity shell uses an integrated design and uses a metal-like material, which looks simple and strong. Eartips and earwings are also added to the earphones to further improve the wearing stability. At the same time, the earphone panel also adopts a magnetic design, which can be directly turned into a necklace to hang on the neck when not in use, and it can also prevent loss.

In terms of wearing, HIFIMAN BW400 earphones will not experience severe pressure and pain when worn for a long time in the ear canal. In addition, even if the head is shaken at will, the earphones will not loosen and slip off. It can easily cope with running, cycling and fitness.

Because of the in-ear design, it will obviously reduce the surrounding environmental sound after wearing it, but it cannot fully achieve the purpose of noise reduction.

The part of the neck ring in contact with the neck is also more comfortable. In the actual test, the neck ring will not be very dry when sweating after running. In addition, I am a person who is very sensitive to skin, but there is no redness in the contact area of ​​the neck ring and skin. Or itching, it can be said to be very skin-friendly. HIFIMAN BW400 is IPX4 waterproof, so you don’t need to worry about sweat soaking in daily use. You only need to wipe it off after use.

HIFIMAN BW400 is equipped with bluetooth 5.0 technology, which will have different performance on different devices. At present, most wireless headsets are equipped with bluetooth 5.0, mainly due to its advantages such as stable signal, low delay, and fast connection speed. The transmission distance depends on the environment of the user. Based on bluetooth 5.0 technology, HIFIMAN BW400 supports decoding HSP/HFP/A2DP/AVRCP protocol, which means that this headset can be paired with many electronic products, such as mobile phones, tablets, music players, personal computers and laptops.

Many wireless headsets can answer calls now, which requires a microphone. When the HIFIMAN BW400 is on the phone, the other party can hear the sound clearly, and at the same time it can effectively filter out the wind noise. Make sure to keep the microphone close to your mouth when you are talking.

The sound quality of HIFIMAN BW400 headphones cannot be described as perfect, but if the full score is 10, I might be able to give it 7 points. The whole still continues the HIFIMAN vigorous style, the performance of the low frequency is very good, especially the bass, bass drum, cello, bass clarinet and other instruments produce fuller sound. The high frequency performance of the HIFIMAN BW400 is mediocre, bright but not transparent, and lacks a bit of fullness. I don’t know if it is because of the lack of running-in, but it is the best in the headphones of the same price.

The HIFIMAN BW400 neck-mounted bluetooth earphones can listen to music continuously for 10 hours when fully charged, and it can be up to 12 hours for a single call. It can be charged once a week based on the two-hour exercise time per day.

Through the experience during this period, I think that the HIFIMAN BW400 neck-mounted bluetooth headset is the top in the same level, from the appearance and workmanship to the tuning of the sound quality are all meticulous, and all aspects are focused on the user experience. If you are planning to start a neck-mounted wireless headset recently, then the HIFIMAN BW400 is a good choice. The only regret is that the magnetic charging method is not used, but it is not a big problem. 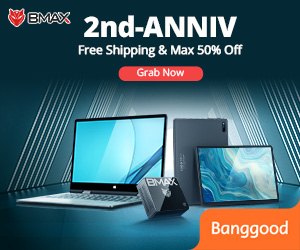